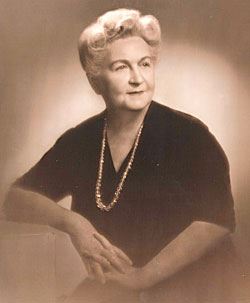 Around the turn of the 20th century, Houston, a land of prairie grasses and open spaces, underwent its own industrial revolution. Timber and cotton were shipped from its port. There were 26 miles of paved streets and over 2,000 telephone customers. Trade unions were engaged in successful strikes. The drilling of Spindletop (1901) and the birth of the oil industry led to extensive industrial growth. The hurricane of the century devastated Galveston, killing more than 5,000 people and sending many of the survivors north to Houston. Thomas Edison traveled to see the destruction and capture the images on his new newsreel device.

In the year 1904, Teddy Roosevelt added South and Central America to the Monroe Doctrine, and New York City opened its first subway section, from City Hall to 145th Street. In downtown Houston, a grand library was built. And Margaret Kinkaid opened a neighborhood school in her home, a small cottage on the corner of Elgin and San Jacinto Streets.

Mrs. Kinkaid recessed the School for one year, 1905, to care for her newborn second son, William and in 1906 she reopened her school and devoted herself to it for the next 46 years.

John Cooper, a graduate of Yale University, was rooted in the “academic East.” Until his appointment at Kinkaid, he had been Headmaster of the Keith Country Day School in Rockford, Illinois. 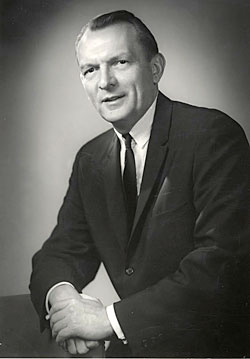 John Cooper went to work expanding and creating new programs. He organized a Dads’ Club and expanded athletics - a move which greatly improved Kinkaid’s reputation among high school age boys. During the 1951-1952 school year, he established a Gilbert and Sullivan tradition at the School and an annual Book Fair. He created accelerated academic programs for ambitious students and remedial summer programs for those wanting help. In order to broaden the student body, he won Board approval for a scholarship program and solidly advanced an effort to admit children with diverse religious backgrounds.

John Cooper led negotiations with the City of Piney Point, in which this parcel of land lay. Kinkaid was given permission to build on a 40-acre tract, and, to be a “good neighbor,” Kinkaid agreed to contribute $1,000 annually toward police and fire protection. The new Memorial campus of Kinkaid was dedicated in 1957 with John Cooper presiding. “… I would see Kinkaid as a school which will develop in its students a sense of style - which I take to be the understanding and practice of those qualities which make for the first rate in any endeavor. Such a sense of style depends, I believe, upon the individual’s capacity to attain his goal without wasteful and irrelevant effort. It is concerned with the quality or capacity which has distinguished superior performance in every age.”

John Cooper became the voice of Kinkaid.
His words echoed in the school corridors. “Don’t be part of the problem. Be part of the solution.” A new energy spread across the campus, reflecting John Cooper’s own celebrated spark and fire. Students were staying longer hours, participating in sports and theatre when classes were over. Some parents became worried at the amount of time their children remained at the School, but John Cooper assured them that the busiest students were the best students.

At the end of the 1978-1979 academic year, John Cooper resigned as Headmaster of Kinkaid after a term of 28 years. He had accomplished his goals. John Cooper’s egalitarian outlook had broadened Kinkaid with diverse enrollment, financial aid and innovative curriculum. An Endowment Fund had been established. The school Band Department and Interim Term had rooted and prospered. The Kinkaid School took its place among the most prestigious independent schools in the nation. 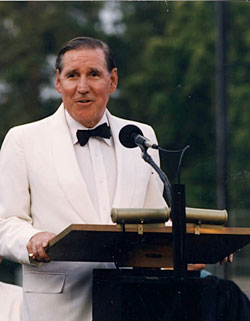 After an extensive search by the Kinkaid Board of Trustees, Glenn Ballard was persuaded to leave his position as Headmaster of the Hockaday School in Dallas to become the third Headmaster of Kinkaid. He was the unanimous choice of the Board who appreciated his youthful vigor and broad experience.

Glenn Ballard hit the ground running during the summer of 1979, before school opened. He clipped and pruned shrubs beside Julius, the groundskeeper and landscaper. He organized an army of faculty and students for the washing and white-washing of virtually the whole school.

“Ballard is a ‘new broom’ indeed!” claimed an observer.

He was to be seen in all corners of the campus making sure that everything was shipshape.

Under Glenn Ballard’s supervision, many promising programs at Kinkaid flourished. Balloon Day, the visiting authors’ series, football festivities and Interim Term all expanded in the very first year of his administration. Administrative records were structured. An alumni magazine was initiated. The nascent Mothers’ Club was advanced. Key new faculty members were attracted. Glenn Ballard immediately developed new sources for annual giving, which allowed the school to increase the number of master teachers.

Over Glenn Ballard’s 17 year tenure, he rarely missed a sports event, theatre production or band concert. His support of the students was total. His resolve to improve every program, faculty hire and paint job became renowned. His personal, handwritten birthday notes to students and faculty are legendary, and they are still keepsakes for many. He brought to Kinkaid a warmth and feeling of welcome. And who could forget his beloved bulldog, Dolly, who was the delight of students as she followed him around the campus and took extended naps in his office? He once said, “We’re known as a hand-shaking place, a cordial and civil place, and that’s good.”

Glenn Ballard’s retirement in 1996 signaled the end of yet another era of outstanding leadership at The Kinkaid School. He moved to Austin to pursue his many pastimes, but he has remained a part of the Kinkaid family and has seen two of his grandchildren graduate from the School.

Don North came to Kinkaid as Upper School Principal in 1983. He earned such a strong reputation at Kinkaid that he was invited in 1988 to become Headmaster of Durham Academy in Durham, North Carolina. 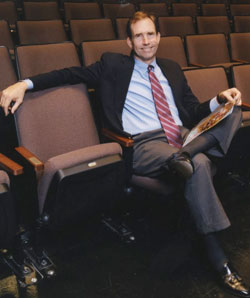 Then in 1996 Kinkaid contacted Don North again. Glenn Ballard was retiring, and the School wanted Don to become its new headmaster. Don said at the time that Kinkaid was the only school in America that could have lured him from Durham Academy. But, as Don observed,

“Kinkaid is a special school. What the School can offer students, parents, faculty and staff is remarkable. The opportunity to return to Kinkaid as headmaster was impossible to resist.”

Don North is a believer in strategic planning, and soon after his arrival Kinkaid embarked on comprehensive, formal long-term planning. The planning led first to the installation of a campus-wide, fiber-optic network and enhancements in technology that put Kinkaid in the vanguard of technology use among independent day schools. It next led to the inauguration of the most ambitious fundraising campaign in the history of the School. Building for the Next Century raised $47 million resulting in the construction of three new buildings—the Friedkin Family Lower School Building, the Kinkaid Theatre and the Center for Student Life, Fine Arts, and Administration; a beautiful and popular quadrangle, an attractive and distinctive clock tower and two Lower School playgrounds; and the addition of over $7 million to the endowment. “Space that is designed and built with great care and skill communicates powerful messages to those who will work in that space, and leads inevitably to greater learning and accomplishment,” he commented. The capital campaign was one of the largest among day schools in the country at the time and drew national attention to Kinkaid and to Don North’s leadership.

One of his major accomplishments was assisting with the purchase of 24.6 acres of neighboring land, increasing campus size by more than 60 percent. Under his leadership, the School’s athletics and arts programs continued to grow, playing a central role in students’ lives. In addition to his duties as headmaster, North taught English in the Upper School and served as president of the Independent Schools Association of the Southwest. He retired in 2013 and continues to make his home in Houston with his wife, Mary.

Dr. Andrew D. Martire began his service to Kinkaid in the summer of 2013. During his tenure as Kinkaid's fifth head of school, he built strong and lasting relationships with the faculty and staff, students and parents. He enhanced the School's national reputation with his commitment to balanced excellence in academics, athletics and the arts. 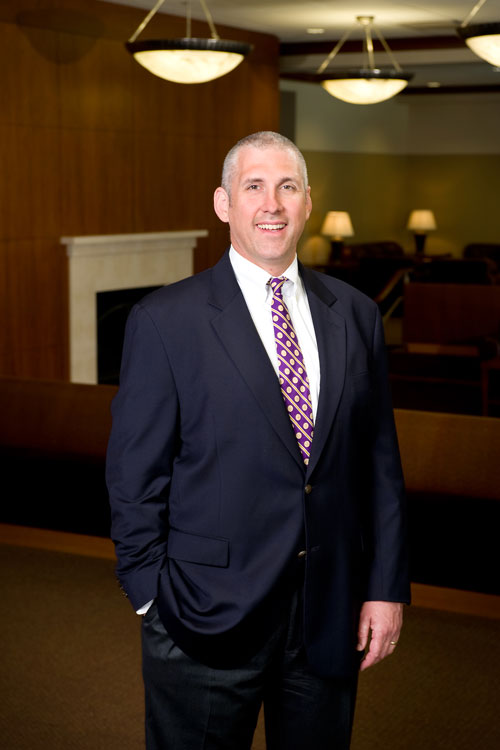 He placed great emphasis on culture and creating a welcoming environment for faculty, staff and families.

In 2014, Andy Martire oversaw a $25 million campaign to build a four-story parking garage and dining and learning center. Construction for both projects began in 2015. The parking garage opened in the spring of 2016, nearly doubling campus parking to 1,000 spots relieving parking issues the School dealt with for many years. The Dining & Learning center opened in the fall of 2016 adding new learning centers for the middle school and creating space to accommodate 450 diners.

Development of the western property continued with the start of Go West Initiative, a project which added a redesigned campus entrance to improve traffic flow, an eight-court tennis complex, a practice baseball field with sports turf that can be used off-season for other sports, a multi-sport practice field with sports turf, and a large detention pond which helped minimize damage to the campus when Hurricane Harvey hit in August 2017.  In true Kinkaid fashion, The Kinkaid community rallied to support faculty, staff, parents and others impacted by the flooding. His leadership during this time kept the community together and truly formed a OneKinkaid.

In June of 2018, Dr. Martire announced that he was leaving his position to pursue other opportunities. 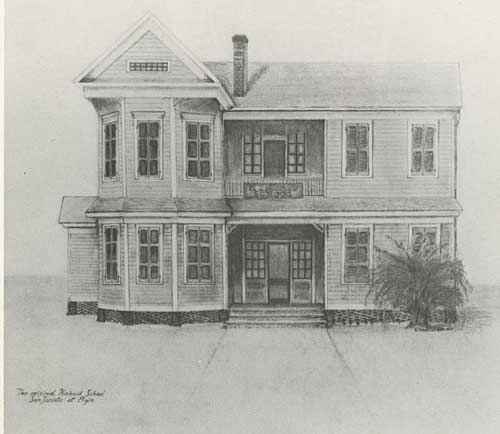 Margaret Kinkaid began to accept students at her house on Elgin and San Felipe in 1904. Classes were put on hold in 1906 due to the birth of her son, William, and resumed again in 1908. However, Mrs. Kinkaid claimed 1906 as the year The Kinkaid School was founded, and that is the date that is celebrated today. By 1910, the school had outgrown the Kinkaids’ one-story house, so a second floor was added. 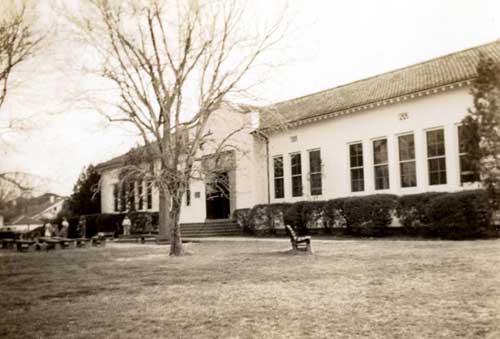 By 1920, Kinkaid had 125 students and eight full-time teachers. Margaret Kinkaid continued to maintain the founding values of “concern for others” and insisted that students participate in community service, a legacy that prevails today.

The growing student body and the need for direction in school affairs led to the appointment of the first Board of Trustees in 1924. It was a small but distinguished group of Houston’s leading citizens. They secured a new building on a site in Montrose, at the corner of Richmond and Graustark, which served the student body for next 33 years. Alumni of the Richmond campus, fondly known as the “Richmond Guard,” recall modest classrooms, grand windows and pathways of white gardenia trees, with large green spaces to accommodate the many outdoor activities encouraged by Mrs. Kinkaid.

Moving to the new campus allowed for an expanded club system as well as an athletics program for both boys and girls. It also provided the infrastructure for an Upper School curriculum, with the first high school graduating class matriculating in 1938. 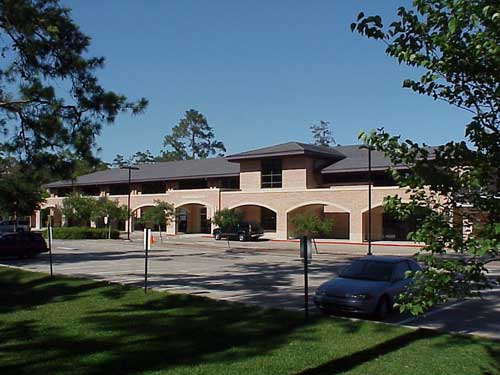 The 1950s brought numerous changes to the School and its administration. After more than 45 years as an educator, Margaret Kinkaid announced her intention to retire. She carefully selected John Cooper to succeed her.

By 1956, the Board of Trustees had added several new members, and they were once again seeking a larger site for the school’s campus. The current site in Piney Point Village is now centrally located, but it was considered an outlying area at the time. Still, the ample acreage and forested backdrop made for a perfect campus. The location permitted for further expansion in the years to come.

Kinkaid’s programs and facilities have continued to grow in the last 50 years. Current plans are to expand the campus and its facilities by more than 60 percent.